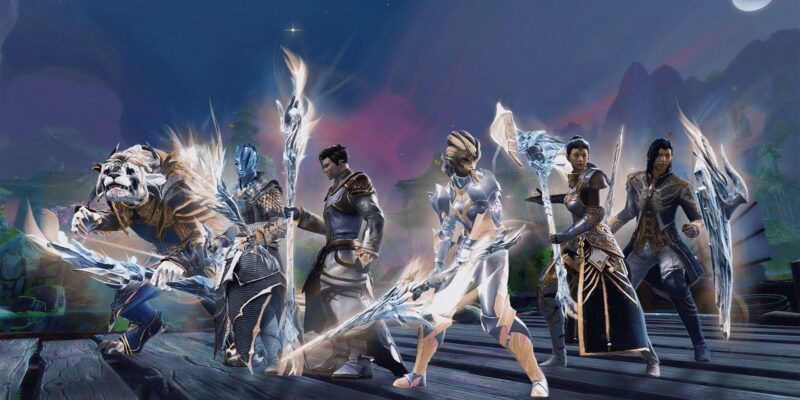 Guild Wars 2: End of Dragons is scheduled for release in February 2022 — that’s next month. The highly anticipated Guild Wars 2 expansion is taking players to the beloved continent of Cantha, and you would have been there before if you played Guild Wars: Factions. I did, and I loved it. It’s actually the first Guild Wars game I played. So, when I was given the opportunity to return to the land that started my journey into the franchise, I didn’t hesitate to dive in. I joined the Guild Wars 2 team in a party for a whirlwind preview of the many new End of Dragons features.

The first thing to do was choose a class for the adventure. We could pick from any of the new Elite Specializations. I went with the dual sword-wielding Willbender (the Guardian Elite Specialization). Its mobility appeals to the agile master swordsman fantasy I love to create in games. With that done, it was time to preview the new content that Guild Wars 2: End of Dragons had to offer.

I forget exactly what order we did what. There was a lot to take in while simultaneously trying to get to grips with my new Willbender skills. But the order doesn’t matter as much as how it all felt. And it felt exciting. The new features like fishing and sailing Skiffs are relatively small additions, but they’re a natural fit with the tranquil nature of Cantha. As for the new zones, nostalgia coursed through me as I returned to areas I explored 15 years ago. But while the names are the same, everything is different.

Once End of Dragons arrives and you get access to your Skiff, you’ll be able to sail across any body of water in the game. The difference between the Skiff and Skimmer is that the former is a social water mount in which you can fit a bunch of players. It can also be sailed at three speeds. Passengers are able to emote to increase the pilot’s stamina, which allows them to speed boost more often. Plus, it can serve as a platform to fish off on the water. 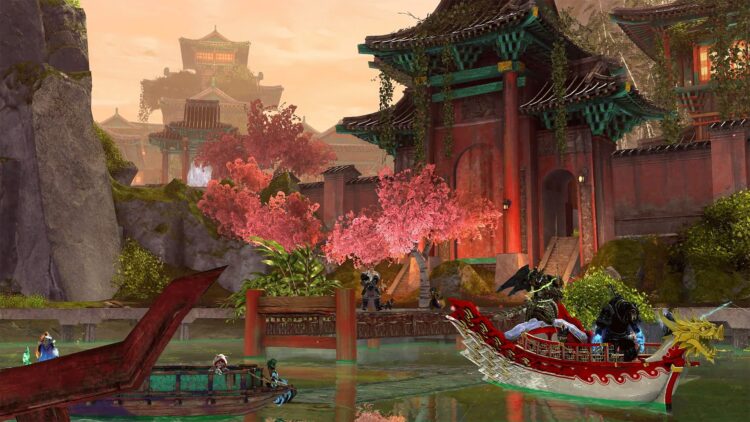 Fishing is another new feature coming to Guild Wars 2 with the new expansion. In the preview, we sailed to a bountiful fishing spot and got to try our hands at the new type of gathering. It works much as you’d expect. You pick a spot to throw your line, wait for your lure to bob under the water, then pull. There’s a fun minigame that follows successfully catching a bite. You need to move your line from side to side to prevent the fish from breaking it. If you succeed, you get a fish that can be turned into materials.

You can catch fish in any body of water. However, if you find rings of ripples in the water, these will contain better quality fish. Fishing is intended as a social activity in Guild Wars 2. So, if you fish with friends, you’ll all get a boost to your effectiveness. Fishing will have its own Mastery line, which allows you to improve your catching skills.

A tour of new zones

One of the new areas I got to explore in the Guild Wars 2: End of Dragons preview was the Isle of Reflection Guild Hall. If you use your guild hall as a place to gather with guildmates and regroup before heading out to quest, you’re going to love the Isle of Reflection. It’s very Zen, and it has plenty of water for fishing.

We gathered at the guild hall before heading to Echovald Wilds. Here, the group hopped on siege turtles, and we made our way to Fort Aspenwood. The area has changed drastically since the events of Guild Wars: Factions. The main force in the area is the Jade Brotherhood — a large gang that was also in Factions. They are experimenting with Jade Tech, featured a lot in End of Dragons, which allows them to create advanced gadgets and weapons. 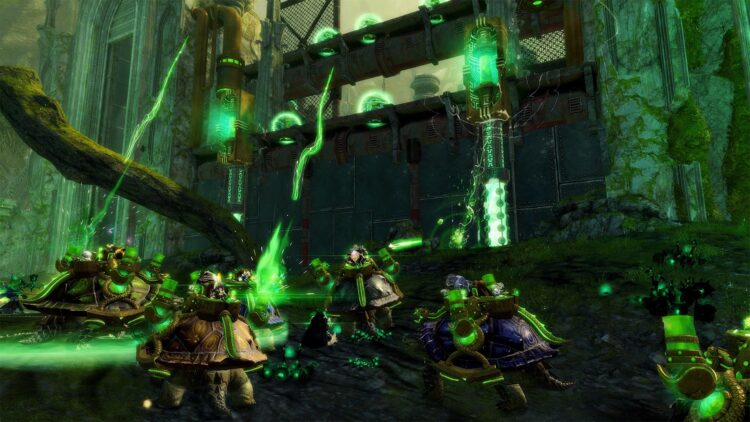 Our preview took us into the depths of Fort Aspenwood where a group mission played out. This mission was involved, fairly long, and revealed a lot about the goings-on in the area, and the developers showing us around told us it wasn’t even the main event of the area. It turns out the Jade Brotherhood has built a secret lab inside Fort Aspenwood, where they are experimenting on the local wildlife. But deeper than that, they were building a superweapon called… Gods’ Vengeance, which is another throwback to Guild Wars: Factions. All these references from the past were delightful, and I appreciate how the narrative team has weaved these old elements into new stories.

The first part of the preview ended with us attempting one of the new Strike Missions coming to End of Dragons: the Aetherblade Hideout. In the expansion, Strike Missions will be incorporated into the core narrative. So, the first time you face a boss, it will be as part of your character’s story. Once you’ve defeated the boss in your story, you can return to face them in a challenging 10-player encounter, the Strike Mission. The boss we battled was Mai Trin. 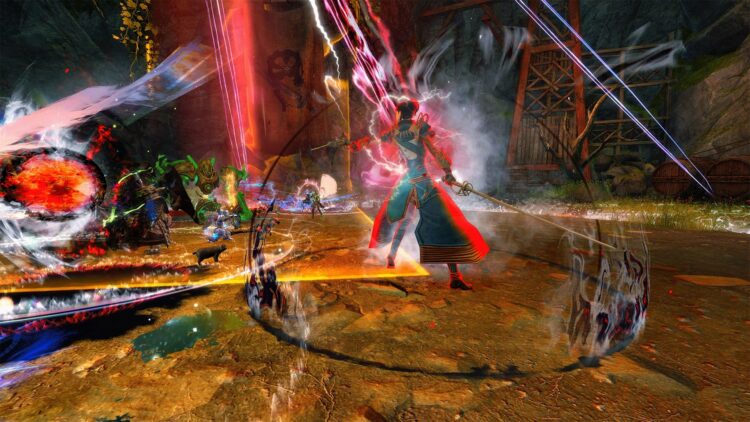 Strikes are designed to bridge the gap between dungeons and raids, and the Strike we did in Arborstone struck (pun intended) this balance excellently. I had to remain focused to prevent my character from going down, while still contributing to damage and breaking the boss’s Defiance Bar. There were plenty of challenging mechanics throughout the boss fight that required rapid and precise positioning. I love this kind of engaging, active gameplay. Strikes in End of Dragons will also get a challenge mode for more organized groups to really push their skills. The reward for completing this will be even better loot.

The Strike Mission wasn’t the last stop on our tour. However, it is the last thing we can talk about for now. Check back in a couple of weeks (early February) and we’ll have another preview of some upcoming Guild Wars 2: End of Dragons content – an iconic zone (this was my favorite part of the tour), as well as a new progression system.

Blackwind review – The cutting edge is a little blunt

By Cameron Woolsey5 days ago
News

By Cameron Woolsey6 days ago
Previews

Trek to Yomi preview — Cut down

Battle Bands Early Access impressions — For those about to rock

Anno: Mutationem — Is it worth it?

Shredders — Is it worth it?