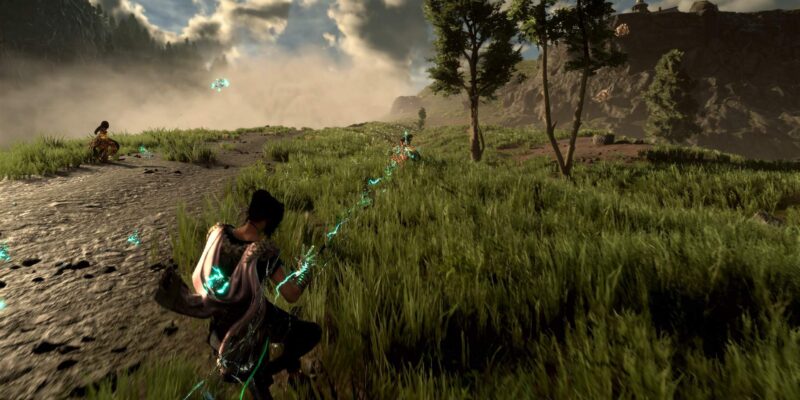 Fans have been looking forward to Forspoken since it was first revealed in 2020. From what we have seen so far, the gameplay and environment looks quite impressive. Recently, Square Enix announced that the game has been delayed and it will now release on October 11. Although this is a five-month delay, fans have not been completely left in the dark. During the PlayStation State of Play showcase, a new Forspoken trailer made an appearance. It focuses on some enemies you will encounter and highlights more of Frey’s explosive magic.

The latest trailer begins with a shot of the beautiful world of Athia. However, this quickly changes as beneath the beauty lies some dangerous creatures that you will encounter on your journey. We see a dangerous dragon and enemies known as Gigas, adorned with an orange glow.

Luckily, Frey wields a range of powers that can be used to fight against these creatures. We see some of the abilities that you can learn as you progress through the game. In the Forspoken trailer, Frey uses a Storm Dart move which allows you to release electrical energy during a battle. Also, we get a glimpse at the Eagre move, which deploys a barrier made of water.

Magic will help you defeat those terrifying beasts in Forspoken

Another notable mechanic that was shown off to fans is Frey’s parkour skills. Her speed and mobility will help you during battles. As you can see, Frey is able to maneuver her way out of enemy attacks to avoid being hurt.

Square Enix will have more details to share with fans closer to the release date. Forspoken will be available on PC through Steam, the Epic Games Store, and Microsoft Store. Sadly, we won’t be able to play the game for quite some time. Forspoken was recently delayed for five months, making this trailer a little bittersweet in the end.