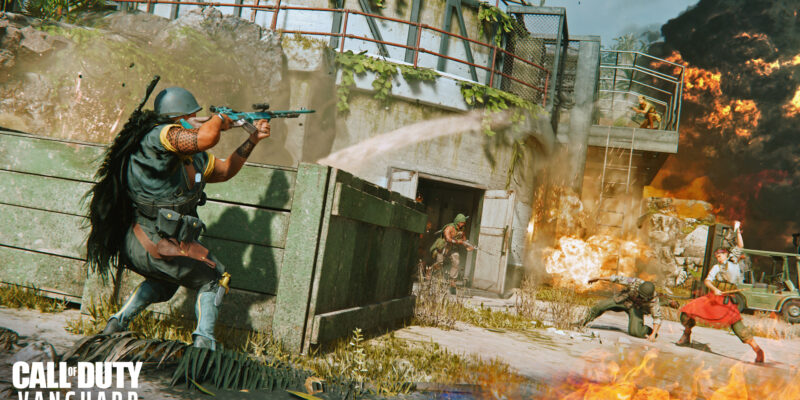 Call of Duty: Vanguard Season Two of introduced an array of new content for fans to enjoy. Initially, Season Two of Vanguard and Warzone Pacific was delayed in January. This decision was made in favor of improving the state of the game. Since then, Sledgehammer has deployed regular updates, but there is still work to be done. The latest game-breaking exploit is allowing players to make their way underneath the map and earn easy kills in Vanguard.

The bug appears to be happening on the Dome map, which has been a popular battlefield since the game launched. Already, this map is packed to he brim with combat, but the exploit makes this even more difficult to deal with. A clip of the bug in action was posted on the Call of Duty: Vanguard Reddit page. As you can see in the clip below, an enemy player is situated under the map. This leads them to easily get multiple kills from their position. It is unknown how long the player stayed alive for, but we can imagine that it is near impossible to get the player out of this position.

Nobody wants to fight a player underneath the map

It appears to be similar to the various bugs that existed in Call of Duty: Warzone, especially in Verdansk where players could get under various parts of the map and breach walls. If this exploit can be done intentionally, it will cause huge problems in the future of Vanguard multiplayer.

At the time of writing, Sledgehammer are yet to respond to the Vanguard exploit allowing players to access under the map. All we can do is hope that a fix is rolled out as soon as possible. If you encounter a player under the map, you can always report them in-game. However, if the problem persists, it may be worth staying away from Dome to avoid frustrations.

I hope they will fix that from CODVanguard