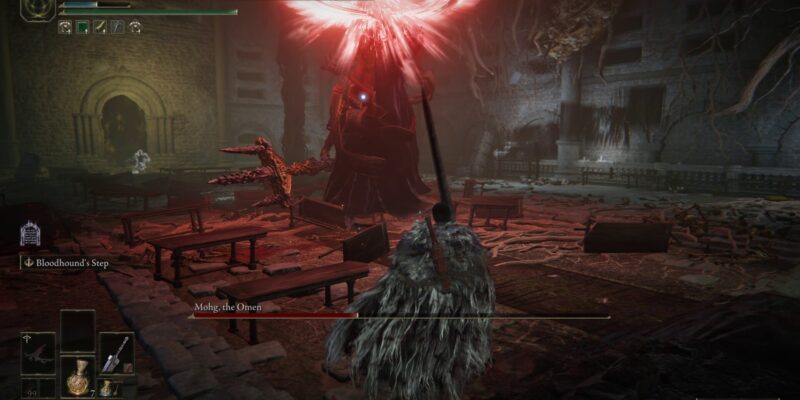 Mohg, the Omen is one of many (many) hidden and optional bosses in Elden Ring. However, if you want to track down the fabled Lord of Frenzied Flame ending, then you’ll need to eventually dance with this devil. You’ll find him deep underneath the royal capital, Leyndell, past many abominations, slugs, and rats.

Elden Ring boss guide – How to beat Mohg, the Omen

Mohg, the Omen is a Great Enemy Boss you’ll find hidden in the Subterranean Shunning Grounds beneath Leyndell. If you’ve already fought Mohg, Lord of Blood at the Mohgwyn Palace, then you’re in luck. The Omen form of this boss is roughly the same, save for a few noteworthy differences. For one, unlike the Lord of Blood, Mohg, the Omen kindly shuts the hell up. Okay, let’s be serious. Mohg will mimic the Lord of Blood’s first phase only, plus he hits harder and has less health than the latter. There’s only one phase to finish before you win. Mohg, the Omen is still Mohg, and he shares the blood lord’s weakness.

Mohg’s Shackle still works on the Omen. Before you head into the fight, be sure to have the item equipped. You can use it twice, and it’ll immobilize the boss for a few seconds before he breaks the spell. Use that time to dish out as much damage as possible. You also don’t have to worry about Nihil, the spell that sets three rings around your character and does massive damage at the start of phase two. This is only the first phase of the Lord of Blood fight, as mentioned. You don’t need to use the Purifying Crystal Tear in your Flask of Wondrous Physick. Bring in whatever concoction you desire. 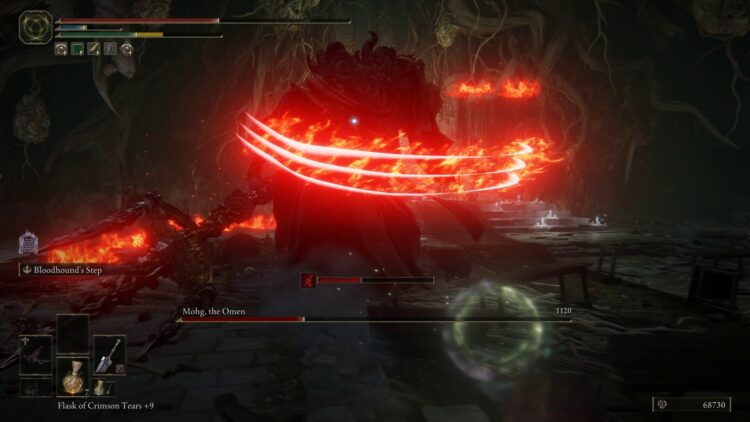 Fighting Mohg, the Omen won’t be nearly as bad as the original. However, that doesn’t mean he isn’t dangerous. The Omen shares many moves with the Lord of Blood, which means you might find yourself getting hit by a lot of bleed damage if you’re not careful. The thing about this, however, is that you have an opportunity to avoid some of that damage. Mohg, the Omen is also susceptible to poise break. 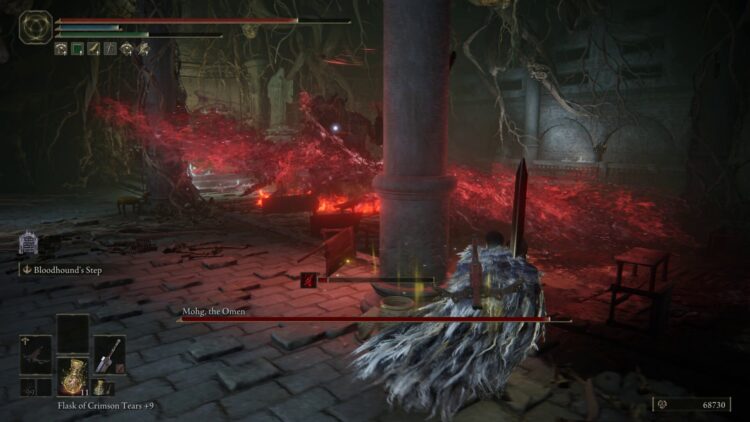 The pillars will protect you from the Bleed Flame attack.

Mohg’s arena gives you a small advantage. You fight him in the Cathedral of the Forsaken, an underground church of some sort, complete with wooden pews and stone pillars. If you’re fighting him at medium range, stand near one of those pillars. You can duck behind one, and it’ll block the bleed fire. Just keep it in mind that he destroys the pillars with his melee swings. So, try and use them as much as you can until they’re gone.

What you get for defeating Mohg, the Omen

When Mohg, the Omen is defeated, you earn several rewards. The first is 100,000 Runes, and the second is his Bloodflame Talons spell. In a chest, you’ll find the Erdree’s Favor +1, which increases your health, stamina, and equip load by a small amount. Past the chest is a hidden wall that will lead you to where you need to go for the Lord of Frenzied Flame ending. 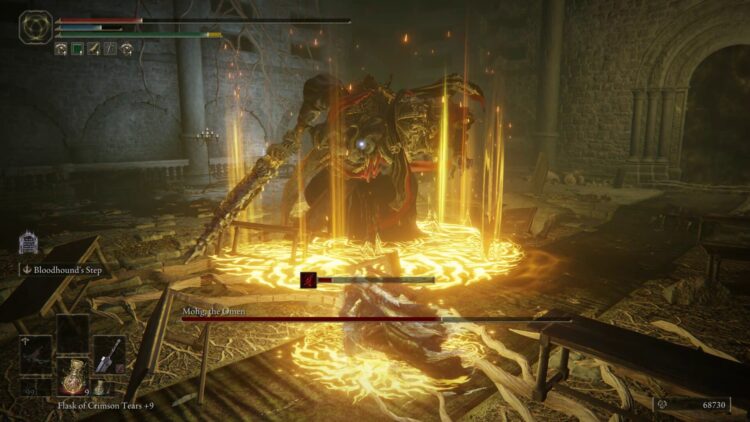 Mohg’s Shackle works against the Omen.

By Cameron Woolsey3 days ago
Guides